← International Day of Women
“For the Honor and Glory of God” →

Pancho I or Paco I

Could the enduring popularity of the name Guadalupe – “Lupe” or “Lupita” for short – have something to do with the grip of the Virgin of Guadalupe on Mexican spiritual consciousness?

On my way back to San Luis Potosi from Aguascalientes  last Wednesday, a phone conversation with a friend brought the news a Pope had been elected. After the news that the Argentinian Pope had chosen the name Francis I, I enjoyed listening to the banter on a talk radio show.  It was one of  those programs designed to lighten the mood of your morning commute and ease the work pressure at mid day.  The conversation bounced around the question of whether the new Pope would be known in Mexico as “Francisco”,  “Paco” or “Pancho”.

Thanks to the presence of two “Francisco’s” in the Central Christian Church of San Luis Potosi, a “little Paco” and a “big Paco”, I had learned that two nicknames are used for the Spanish name “Francisco”.  Thanks to the still powerful presence of Francisco “Pancho” Villa in Mexican culture, it takes a large personality to fill the shoes of a Pancho here.  Paco I believe would be the nickname more likely for one aspiring to follow the example of the humble St. Francis.  The radio talk show hosts hoped the new Pope would have his “Pancho” moments though.

Learning the more common nicknames has to be an early lesson for anyone hoping to speak the language of the people here.  After being confused a time or two you begin to pay closer attention to the nicknaming traditions.  What a relief to discover that a “Chuy” is in fact the Jesus you had talked to on several occasions. Or that the woman “Coco” is also graced by the name Socorro.  Customarily on first meeting or in relating to someone of slight acquaintance, the person’s full name will be used.  When that person’s friends are 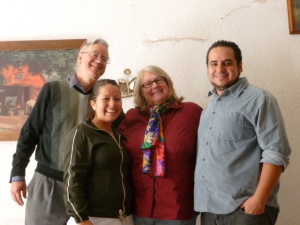 The young man on the right has always been “Lacho” to us. Horacio is just too difficult to handle.

referring to them as “Concha” (for Concepcion) or “Memo” (for Guillermo) or “Pepe” (for Jose) or “Lupita” (for Guadalupe), it’s always pleasant to think you know whom they are talking about.

If you’re interested in learning what a Spanish speaking acquaintance might be called by his or her friends and family, go to this web site list at:

Just before leaving Pomona, we hired a man with the name of Sergio to look after the lawn and shrubs around our house. I learned that as a boy he often worked with his grandfather in San Luis Potosi.  I now wonder if they call him “Checho” at his home in California.

Kate, known in Mexico as Katalina, has found her name is now shortened affectionately to “Kati”, not unlike how her friends and family have known her (but pronounced here as “kaa-ti”.  Douglas has not had the joy of having his name shortened by anyone except for Kate (now writing this final paragraph.)  While most of the diminuitives used by Kate for Douglas are not printable for polite conversation (not necessarily what you are thinking, dear reader!), she has taken to usually calling him “Doog”, a shortened version of Douglas (pronounced “Doog-las” in Mexico.)  Yet all the name changes appear to be a moving target, since anyone may add “ita” or “ito” to any name at any time. 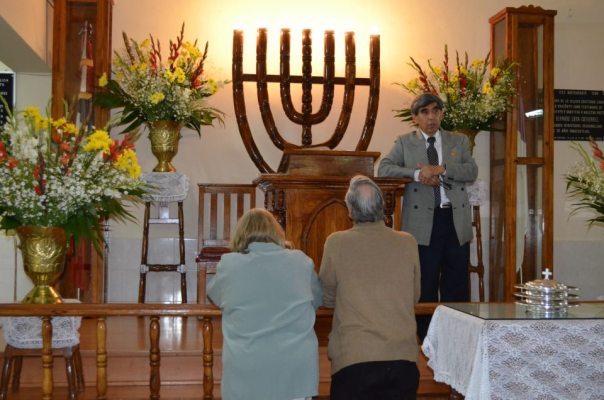 Alfredo Perez, Coordinator of the Mesa Conjunta (“Roundtable”), is now known as “Alfredito” to “Kati”.

Posted on March 18, 2013, in Uncategorized and tagged Naming of a Hispanic Pope, Spanish Nicknames. Bookmark the permalink. 4 Comments.

← International Day of Women
“For the Honor and Glory of God” →