← What Does the Lord Require?
Pancho I or Paco I →

Marisela Silva translates for Kate at Central Christian back in October

We had never really celebrated the March 8 International Day of Women before.  But last Friday, the Iglesia Cenral in San Luis Potosi of the Discipulos de Christo in San Luis Potosi had planned a worship service and dinner afterword (a potluck) to commemorate this UN sponsored event. Kate was invited to talk about women in the USA and Mexico. In particular, the similarities and differences, opportunities and challenges of women in the two countries.

The worship service was amazing!  All of the speakers (a poetess read her poem written for the occasion, a magnificent sermon drawing on the witness of women in the Bible, and the testimony by Kate) were thoughtful, meaningful and dynamic.  The music was beautiful and the prayers were moving.  A Power Point presentation titled “Mujeres en Mexico” prepared by one of the women in the church featured women of the congregation; it was incredible!  After the service, the potluck dinner fed so many and it all tasted so very good! 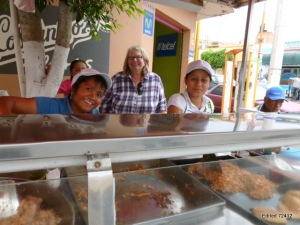 Below is the text of the “Testimony” by Kate in both English and Spanish.  Kate wrote the piece and then her good friend Marisela Sierra Silva helped her translate it into Spanish. Kate practiced and practiced reading the speech in Espanol, and she did a pretty good job!  Here it is:

“Women are the backbone of the church.  That appears to be true no matter where the church is located-city, state or country!  In the town of my birth, Atchison, Kansas, the Christian Church (Disciples of Christ) was built before 1920 and the women of the church sold baked goods (bake sales) to provide funds for the new church.  Pastor Domingo Guerrero, the Superintendent of the Congregation Churches of Mexico tells how the church at Los Mochis was built thanks to tamales-made by the women of course.

Women in all of North America support the projects of the church through sales of food, crafts, blessing boxes.  It is the work of the women in the church that helps to keep the church active and solvent. (Not that the men don’t help in this, but today is Women’s Day, the day that we celebrate the women!)  In this way, the women are very much the same in Canada, USA and Mexico.  Loving God, family and church are great strengths of women in the world.

One of the differences I see between women in North America is that education is stressed more heavily in the USA and Canada.  This does not mean that the women there are smarter, because they are not.  It means that the expectation is that women will finish high school before marriage.  In Mexico, this is the hope, that women will be educated through preparatory school, but this is not what always happens.  When I was growing up in Kansas, I was led to believe that I could become anyone I wanted to be.  If I wanted to be a doctor, a teacher, a minister, then all I had to do was to work hard to make it happen.  I was recently quite pleased to hear that a little girl in San Luis Potosi who had just turned 10 wants to be a veterinarian!  I hope that wish comes true for her and I hope that many more children will dream big and see their dreams come true as well!

Women in Mexico are among the hardest working people in the world!   No matter the education level of the woman, she is very likely to own her own business!   I walk down the street in Soledad de Graciano Sanchez and see store after store and restaurant after restaurant being run by women.  Not only do they help support their families in this manner, but they work at home as well.

I love how so many women are entering seminary in order to become ministers in Mexico.  When I attended seminary in the US in 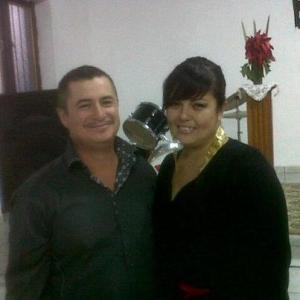 the 1990s, women were beginning to outnumber the men there.  Unfortunately, even though women were being ordained and licensed by the church, there were barriers when it came to a woman actually working as the pastor in a church.  But those barriers are being overcome daily.  I see the same difficulties here for women in ministry.  Some churches simply do not want a female pastor.  This is very sad, because I believe that women make wonderful pastors.  I am encouraged by the number of women pastors in the Disciples of Christ churches in Mexico.  Women have so much to bring to ministry!  Look at the women participating in this service today!   They organize the services in their churches and preach the word of God with meaning and gusto!

I am thankful to be a woman who is serving the Church in Mexico.  I will support the ministry of women in the church and beyond.  Glory be to God!

Posted on March 11, 2013, in Uncategorized and tagged International Day of Women in Mexico, Women's Status in Mexico. Bookmark the permalink. 4 Comments.

← What Does the Lord Require?
Pancho I or Paco I →