Creating a Culture of Tolerance 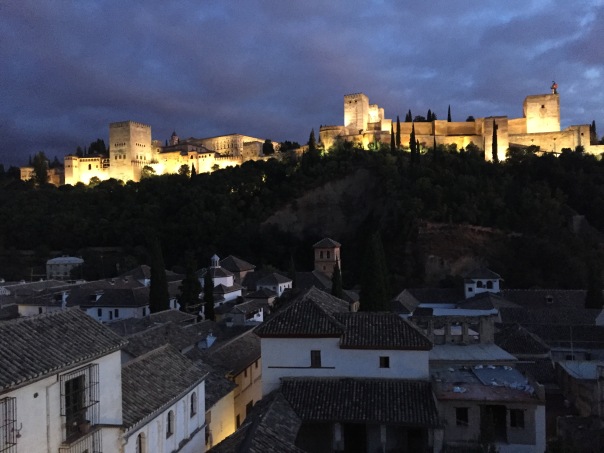 After 300 plus years of Arab Muslim rule in the city, the Alhambra in Granada, was turned over to Christian invaders from the north in 1492. One of the most visited sites in Europe today, it was the last of the Andalucia fiefdoms to fall under Christian rule.

My wife and I just returned from 18 days in Andalucia, southern Spain where Islam was the dominant religion from the mid eighth century to the middle of the 15th century. We were struck by the many traces of the Muslim legacy in the architecture, language, and diet of Andalucia today. Before our trip, it was our good fortune to have read the 2002 book The Ornament of the World in which Rosa Maria Menocal describes the debt which Spain, indeed Western civilization as a whole, owes to the medieval Muslim scholars, artists and several enlightened rulers who settled in Andalucia.

The book’s subtitle “How Muslims, Jews, and Christians Created a Culture of Tolerance in Medieval Spain” highlights what Menocal considers one of the

View of Morocco from the southernmost point in Spain, Tarifa where Arab Muslim troops crossed over in 711 AD.

outstanding aspects of Muslim rule in Spain, especially in the first three hundred years. The author puts it this way, “Fruitful intermarriage among the various cultures and the quality of cultural relations with the “dhimmi” (the other peoples of the Book, the Bible in our language) were vital aspects of Andalusian identity as it was cultivated over these first centuries.” With respect to the first peoples of the Book, she writes of their advances under Islamic rule, “Here the Jewish community rose from the ashes of an abysmal existence under the Visigoths to the point that the emir who proclaimed himself caliph in the tenth century had a Jew as a foreign minister”.

The latter fact is an eerie reminder for us in the U.S. that Saddam Hussein’s foreign minister was a Christian, one of the nearly 6 per cent of Iraqi Christians most of whom in our day have had to flee a country due to U.S. foreign policy decisions. Indeed, let us not ignore that the suspicion, resentment and revenge directed at most Muslim Arab states by the U.S. foreign policy establishment and U.S. public today compares quite unfavorably with the tolerant treatment and policies of Muslim rulers in Andalucia one thousand years ago.

But more importantly, let us not ignore the fundamental beliefs shared by the three peoples of the Book, characterized by and united in their devotion to one God, Creator of all people and things of the world. Too many of us have ignored, myself included, that “Allah” is the Arabic name for God. So Arabic-speaking Jews and Christians worshipped “Allah” for several centuries before Muhammed lived. The “shahada” testimony of faith, one of the five pillars of Islam, simply declares in Arabic, “There is no god but “Allah”. Muhammed is the messenger of Allah.”

Last Saturday, October 27, eleven Jewish worshippers were killed by a lone gunman wielding an AR -15 semi-automatic rifle in a Pittsburgh synagogue. We cannot measure but neither can we deny the influence of the anti-Muslim language and policies of the current U.S. administration in creating a culture of suspicion and intolerance which leads an unbalanced person to commit such a loathsome act. In this context of our country’s aggressive hostility towards Muslim states and peoples we can be grateful for the rich legacy of the Islamic religion and the Arabic language displayed still in every town of Andalucia, Spain. We return from Andalucia with increased respect and appreciation of that legacy and enhanced gratitude for the presence in our lives of Muslim neighbors in Kansas City.

I close with some words written by one of the most widely read poets of all time, the Christian-Muslim-Sufi-Baha’i Khalil Gibran:

“I love you when you bow in your mosque, kneel in your temple, pray in your church. For you and I are sons of one religion, and it is the spirit.”
From The Prophet

A gallery of Andalucia photos follows below:

Entry gate to the old Arab town in Ronda, one of the famed “pueblos blancos” or white towns of Andalucia

The baths were located outside but near the main gate to Arab towns to enable bathing and purification before entering.

Posted in Christian views of Islam, Islam and Christianity, Theology and Mission